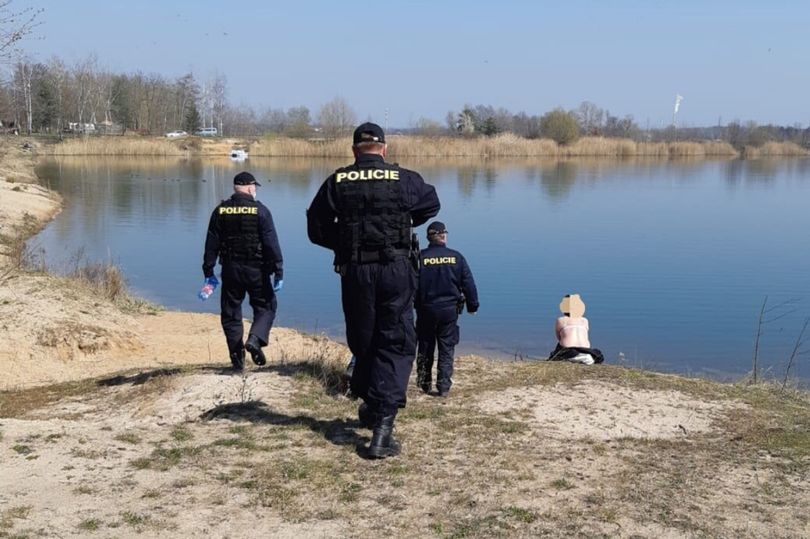 Nude sunbathers have been warned by Czech police that as long as the coronavirus pandemic lasts they still have to wear face masks in public.

Over 100 people, including a large number of nudists, descended on the Czech spa town of Lázně Bohdaneč to enjoy this weekend’s good weather.

But with the Czech government insisting that face masks be worn at all times in public.

“Unfortunately, the sunbathing citizens were in one place in larger numbers and some did not even have a mask,” police spokeswoman Markéta Janovská told local media.

“Citizens can be without clothes in places designated for this purpose, but they must have their mouths covered and must observe the numbers in which they can go into nature.”

Officers checked on 150 people enjoying the town’s lakes and found roughly half without the required protection.

Nude sunbathing is allowed in the area, but emergency rules have banned gatherings of more than two people and require the wearing of face masks in public.

All those warned by police subsequently put on masks and no fines were issued.

“We understand that many people do not have a garden and want to ventilate in the countryside,” Janovská added.

“But we all want one thing in common: fully respecting government regulations, so that the measures taken can be gradually released.”

The Czech Republic and Slovakia are among the first countries to mandate that face masks must be worn in public, following the example of South Korea.

However, the two governments have not provided masks to the public, leaving many to sew their own.

The Czech Republic has had 4,828 confirmed cases of coronavirus with 127 recoveries and 80 deaths.