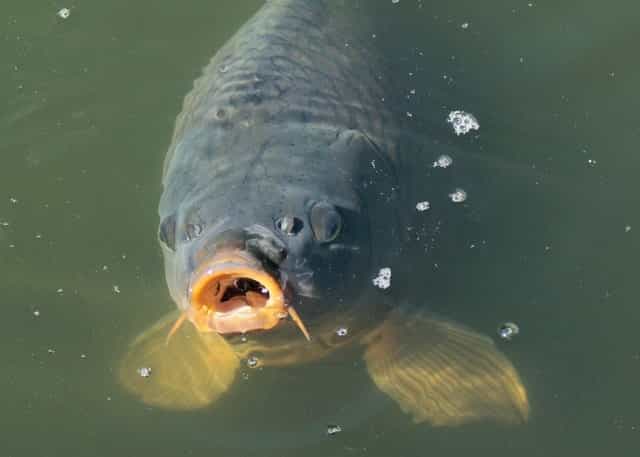 A woman, 62, suffered serious injuries in a crash after the Christmas carp she was transporting next to her at the front seat of her car jumped into her lap, police spokesman Ivana Balakova has said on the police webpage.

The bizarre accident occurred in Horni Police on Monday afternoon.
The woman was driving the Christmas carp, Czech traditional food for this holiday, in a plastic bag. She had it next to her at the seat of the fellow passenger.

During the drive, the carp jumped into her lap. “The shocked woman immediately lost control of the car and drove into the opposite direction, first knocked down a traffic sign and then crashed into a concrete pylon,” Balakova said.

The driver was alone in her car. She suffered an ankle fracture and chest concussion, due to which she was airlifted to a hospital.