Chinaski Goes Kaput! Days after blowing the roof off the O2 Arena in Prague, band calls it quits. 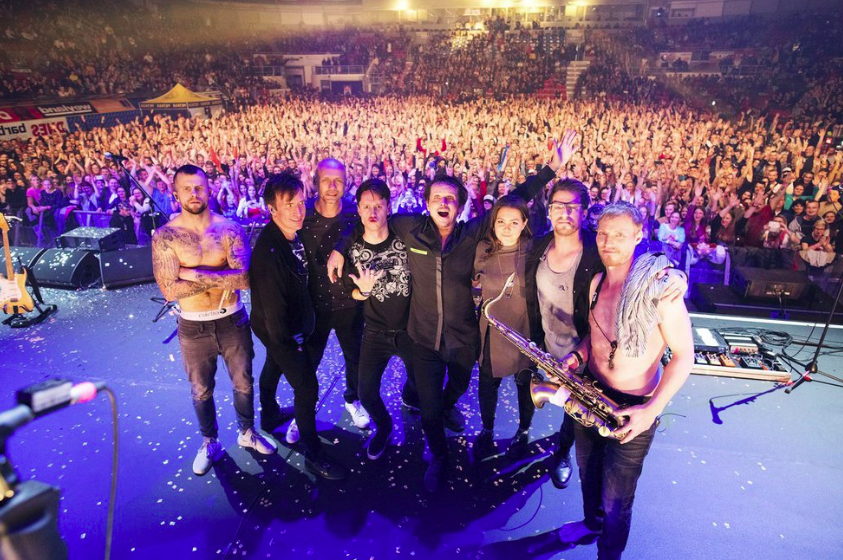 Endless applause and then unexpected decision! Chinkaski band just three days after mega-concert at the O2 arena on Facebook announced that it will not continue in the current set.

“Some of you told us that at the O2 arena it felt like we played as if it were the last time, and it’s true it really was the last time in the current band,” Michal Malátný and guitarist František Táborský wrote in a statement.

They denied that the band members had a falling out. “We started out in pubs and clubs, and we know very well that to make it work together, each band needs internal chemistry among all the members, and the one we’ve had is gone, we’ve been worried about it for a long time, And then we realized that change is life, “they explained.

The band in the current lineup will finish the event, which has been contracted by the end of the year. At the Brno concert on December 18, they will perform together for the last time. “You will see Otto, Stepan, Ondra and Kuzi at last on stage,” the statement said.

Malatny and Táborský look forward to new members joining Chinasek. ” That does not mean changing the style or preparing you for your favourite songs, but where we will move and how it looks, we are clear,” they said, and thanked their teammates and wished good luck in their next career.

“Something is over now, but we are not crying, because we believe that this is difficult, but right and most sincere decision for Chinaski,” they concluded.