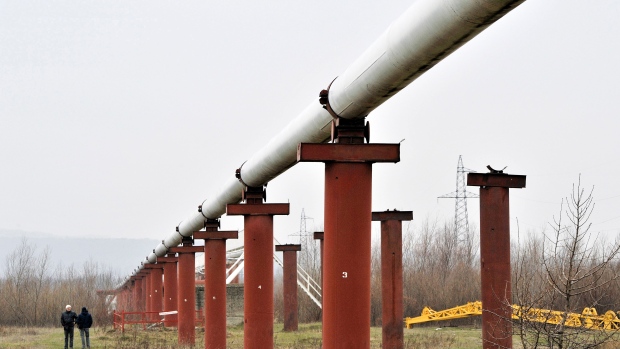 The gas system operators of the Czech Republic, Slovakia, Ukraine and Germany want to jointly build a hydrogen corridor from Ukraine across Central Europe. The idea is a joint initiative of the Slovak company Eustream, the Czech company Net4Gas, the German company OGE and the operator of the Ukrainian gas transmission system (Gas TSO of Ukraine). A joint press release of the companies was provided to ČTK today by Net4Gas spokesman Vojtěch Meravý. The companies did not disclose the possible price of the project. Other foreign companies are also betting on future hydrogen production in Ukraine.

A joint initiative called the Central European Hydrogen Corridor focuses on the development of a hydrogen “highway” in Central Europe. It should be used to transport hydrogen from future major production areas in Ukraine, which according to companies offers excellent conditions for its massive organic production. The corridor is to run through Slovakia and the Czechia to areas of expected strong demand in Germany and the EU. According to the companies, it will also enable the transport of hydrogen between hydrogen production facilities and its consumers in the Czech Republic and Slovakia.

The initiators of the project believe that the Central European Hydrogen Corridor can be created by partial reuse of the existing gas infrastructure in combination with targeted investments in new specialized hydrogen pipelines and compressor stations. According to them, this will allow the transport of hydrogen over long distances at an affordable price. The mentioned companies have already started to examine the technical feasibility of creating a corridor.

“Although these technical studies are very complex, we are confident that, thanks to a strong international partnership, we will have the first results on the feasibility, capacity and cost of such hydrogen transport next year,” Andreas Rau, CEO of Net4Gas, said today. According to OGE CEO Jörg Bergmann, an international hydrogen network is essential for the future European market. “The Central European Hydrogen Corridor is an important step in this direction because it offers the opportunity to supply significant amounts of hydrogen to German industrial centers since 2030,” he said.

According to the companies, Slovakia and the Czechia operate an extensive gas pipeline connecting Ukraine with European demand areas. The companies stated that the Slovak, Czech and German gas pipeline system can also be used to transport hydrogen.

“Our robust transmission system would offer a flexible and very cost-effective way to transport green energy further to EU markets. We are committed to preparing our hydrogen transmission infrastructure, thus making a significant contribution to the EU’s decarbonisation goals,” said Rastislav Nukovic, CEO. Eustream, in which the EP Infrastructure group from the Energy and Industrial Holding of the entrepreneur Daniel Křetínský has managerial control.

At the end of August, the industry website oEnergetice.cz stated that Ukraine has recently been very often associated with future hydrogen production. “The European Bank for Reconstruction and Development has also signed a memorandum of cooperation with the country’s transmission system operator to support the development of the country’s hydrogen economy. “the server wrote.

The hydrogen memorandum, for example, was also signed by the German company RWE with the Ukrainian state concern Naftogaz, which, among other things, operates gas storage facilities in Ukraine. “RWE is interested in cooperation in the area from the production of green hydrogen to ensuring its transport to Germany,” the website added.

At the end of July, the Czech government approved the Czech Republic’s hydrogen strategy, which will enable it to support the production, use, transport and storage of hydrogen in the energy, industry and transport sectors. “Our strategy is based on four pillars: low-carbon hydrogen production, low-carbon hydrogen utilization, hydrogen transport and storage, hydrogen technologies,” said Deputy Prime Minister and Minister of Industry and Transport Karel Havlíček (for YES). The priority of the first stage from this year to 2025 is the use of hydrogen in the so-called clean mobility.