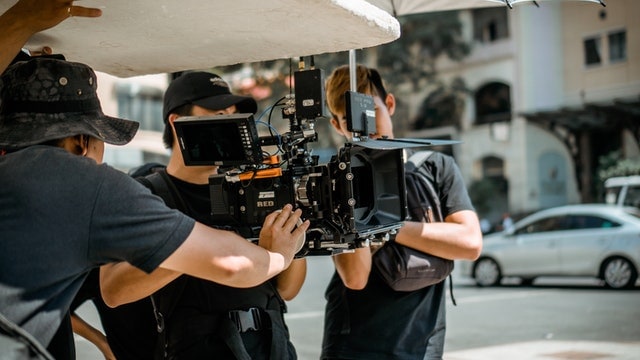 Carnival Row starring Orlando Bloom and Cara Delevingne, a joint venture between Amazon Studios and Legendary Television, completed filming the series second season in the Czech Republic. According to the spokesperson for the State Cinematography Fund Jiri Vanek, the filmmakers spent almost CZK 3.1 billion on both series in Prague.

The total incentive for both series of the Carnival Row series will amount to around CZK 540 million. “The eligible costs for filming the second series in the Czech Republic are CZK 1.4 billion. After adding the already accounted costs of the first series, we get to almost CZK 3.1 billion of Czech spending,” said Vaněk. More than three billion is a record amount that filmmakers have ever spent in the Czech Republic.

“It is a direct financial injection of the Czech economy, of which more than 60 percent goes to non-film SMEs in construction, real estate, hospitality and tourism, tourism and transport, healthcare, energy, fashion and cosmetics, financial and legal services, etc. These are often regional suppliers, not only in Prague, “said Helena Bezděk Fraňková, director of SFKMG.

The second season of the series began filming in November 2019. In addition to Prague and Studio Barrandov, it was filmed in Liberec, Doksany, and at Sychrov Castle, in Nelahozeves, Toušno and Libochovice. Around 900 people worked on the filming, of which only ten percent were foreign staff.

There were only 400 artisans in the construction of decorations in Barrandov’s studios. “The first and second rows spent three years in Czech locations, the number of shooting days climbed from 121 to 229,” added Pavlína Žipková, head of the Czech Film Commission.

The plot of the series occurs in a fictional neo-Victorian fantasy city, where mythical creatures live alongside people who had to flee their war-torn country. The series’ first series has just been nominated for three Emmy Television Awards for Best Costume Design, Original Title Music, and Introductory Subtitle Design.

The Czech Film Commission, together with the SFKMG, the Association of Audiovisual Producers, and the European Institute for the Safety of Film Projects, began work on the possibility of restarting audiovisual production immediately after the declaration of a state of emergency on 12 March. They prepared the first self-regulatory measures on the European continent, which led to the restart of audiovisual production on 7 May. The Czech Republic thus became the first country in Central Europe to open up to filmmakers.

SFKMG, in cooperation with the Ministry of Culture, publishes documentation with which filmmakers from countries more affected by coronavirus can come. Filmmakers were tested for COVID-19 before, and upon arriving in the Czech Republic. Foreign staff members remain in quarantine for several hours until they receive the test result, which is two to six hours.

At the beginning of May, according to the fund, the shooting of other films resumed in the Czech Republic, such as the expensive series Wheel of Time (Amazon Studios), The Falcon and The Winter Soldier (Marvel Studios), the third series of the series Haunted (Netflix) and Das Boot (Bavaria Fiction). Transatlantic 473 (Netflix) and the expensive European co-production Margrete – Queen of The North.