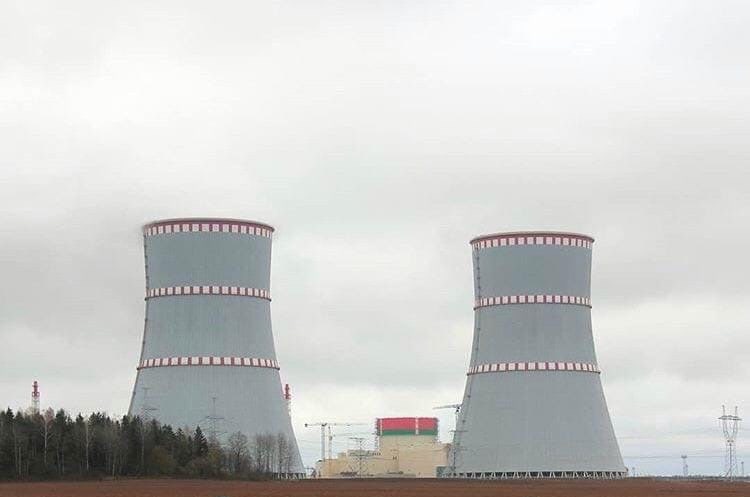 The first nuclear power plant in Belarus, which was inaugurated on Saturday by President Alexander Lukashenko, had to be shut down the following day. Some equipment will have to be replaced, the AP agency said today, referring to local authorities.

The power plant near Astravec, near the border with Lithuania, was built by the Russian state company Rosatom for a Russian loan of ten billion dollars. “This is a historic moment – our country is becoming a nuclear power,” Lukashenko said at the launch. According to him, Belarus needs another nuclear power plant to get rid of energy dependence on coal, oil, and gas.

However, the next day, the first Belarusian nuclear power plant stopped generating electricity and confirmed Oleg Sobolov. He works as a consultant for the Department of Nuclear and Radiation Safety at the Belarusian Ministry of Emergency Situations. “The turbine is stopped. The nuclear power plant does not produce electricity now, but it does not affect nuclear and radiation safety,” he told the AP.

The problem did not pose a threat to either Belarus or neighboring Lithuania, whose representatives have long opposed the nuclear power plant, less than 50 kilometers from the Lithuanian capital Vilnius. Lithuanians claim that the construction was accompanied by accidents, material theft, and mistreatment of workers.

The Russian state-owned company Rosatom, which built the power plant, rejected Lithuanian reservations and said the structure met the highest international standards. It was confirmed by the International Atomic Energy Agency, according to Rosatom.

Part of the equipment was supplied by Czech companies, including fittings, pumps, and pipes.
After the planned completion in 2022, Astravec is to have two reactor units, each with an output of 1200 megawatts. On Saturday, one reactor ran at a third of its capacity.

The Belarusian Ministry of Energy said in a statement on Monday that the tests revealed a “need to replace certain measuring devices.” However, it is not clear from the statement what caused such a need and how long the exchange will take.

Belarus was severely affected in 1986 by a nuclear disaster at nearby Chernobyl, Ukraine. This painful legacy has fueled opposition to the construction of nuclear power plants in Belarus.

In 2009, Lithuania closed its only nuclear power plant built during the Soviet era. In recent weeks, the Lithuanian authorities have distributed iodine tablets free of charge to residents living near Belarus’s border.

Belarus began dropping electricity from the plant at the beginning of last week, forcing Lithuania to stop importing Belarus’s electricity.

The start of the power plant came when massive protests and strikes are shaking Belarus. These sparked presidential elections in early August, which the opposition considers rigged. Lukashenko, in power since 1994, denies the allegations, as do opposition calls for resignation.