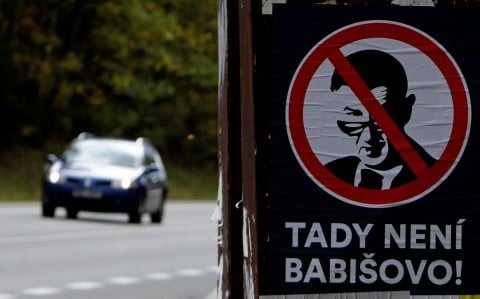 At an informal dinner of European Union leader in Brussels Andrej Babiš lobbied his case to no avail. The Czech Republic continues to resist redistribution quotas for migrants in the EU, and Babis now seeks allies for further action. He will now focus on French Prime Minister Emmanuel Macron.

“The discussion was quite stormy. We talked for a long time, de facto everyone was talking about it, of course, too. There are different views, ” he said, tired and exhausted, and annoyed after a night’s meeting. He was leaving the last one.

European leaders have been complaining about the lack of solidarity and the unwillingness to share refugees. “It is unacceptable for us,” Babiš said, according to diplomats, in the Chamber, the position of the Czech Government, not to take part in redistribution. The Czech Republic wants to help financially, or to send experts, policemen or soldiers to the region’s endangered migratory wave. In the near future, the newly appointed government could also act according to the Czech Prime Minister.

“Mr. Juncker has appointed a number of police officers or soldiers who are needed. This is definitely the theme for us. But surely the quotas are unacceptable to us, ” said Babis, who had taken his premiere in Brussels as Prime Minister.

The Czech Republic and other states that have rejected migration quotas are now facing the European Court’s case. At the same time, they are afraid that the new proposal might again be overwhelmed. But Babis wants to go by way of a mutual consensual agreement. But there is still no way to find it, so the European Commission’s head still faces the risk of a “qualified majority” vote on the Council of Ministers.

Babis is looking for a strong ally. He is  focused on French President Emmanuel Macron. “It’s important if he comes to visit us. I think he promised it more or less. It’s about the big countries to understand our position, “he relies on bilateral talks with the powerful states of Babis.

Babiš: I got new acquaintances

Foreign policy and the issue of migration wants the new prime minister to coordinate with the government, especially with the interior, justice and foreign ministers. “I’ve got some new contacts or new acquaintances there. We will certainly try to negotiate bilaterally, because when you negotiate individually, it is better, ” he outlined his next tactic Babis.

“I know Mr. Rutte (Dutch prime minister, note red), I have telephoned Sebastian Kurz (winner of the Austrian elections, note red), I know of the new Polish Prime Minister, because he is a former finance minister,” Babis said. before the hearing.

A flash of news from diplomatic circles found that Andrej Babiš had a slightly different idea at his European Council premiere. He was surprised. “It was long. It could have been shortened, but there were different themes, not just migration, ” Babis complained.

Although the meeting, as the prime minister revealed at the beginning, was rather stormy, it was said to be much more relaxed than the EU finance ministers, where Babis had also gone in the past. “I was surprised that the communication is far less formal,”  he described his feelings.

As the summit meetings go, the Czech Prime Minister must learn a lot. Czech Ambassador to the EU Martin Povejšil told reporters that Andrey Babis had been preparing for his premiere in Brussels for about three weeks. He himself warned him about the various headlines of the individual prime ministers. Which Babis revealed the very first day.

“It is obvious that some of the prime ministers are closer to each other and that they are coordinating on the way out. Of course, we can express ourselves, but the question is whether we will get to the position that we will enforce or whether they will do it if we have a different opinion, ” concluded Babis, who is also accompanied by the Secretary of State for European Affairs . A member of the CSSD, Aleš Chmelař, who was brought to the office by the predecessor Bohuslav Sobotka .

The disgrace, according to backstage information from EU diplomats, did bother Andrej Babiš. Many politicians were surprised that there was no boycott. At the same time, however, the Czech Prime Minister did not feel welcome.