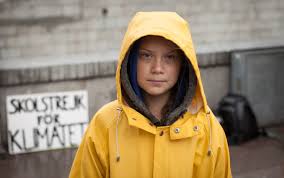 In a very emotional speech, Thunberg criticised them for their inactivity in fighting climate change.

“How dare you?…You have stolen my dreams and my childhood with your empty words,” Thunberg said in her speech at the summit convoked by UN General Secretary Antonio Guterres.

“It was interesting, of course. I was a little bit surprised at her style [of speaking]. I think we should not scare each other by the prospect of an apocalypse and our extinction due to our not caring about climate change,” Babiš said.

“Greta Thunberg was right about many things, but I did not like her tone, her aggression and her hysteria because of which many people will once again stop dealing with climate change and will focus on a 16-year-old Swedish girl that is polarising society. I also do not like how she lumps all together, as if no one was trying to do anything. That is not true,” the Czech PM added later on Twitter.