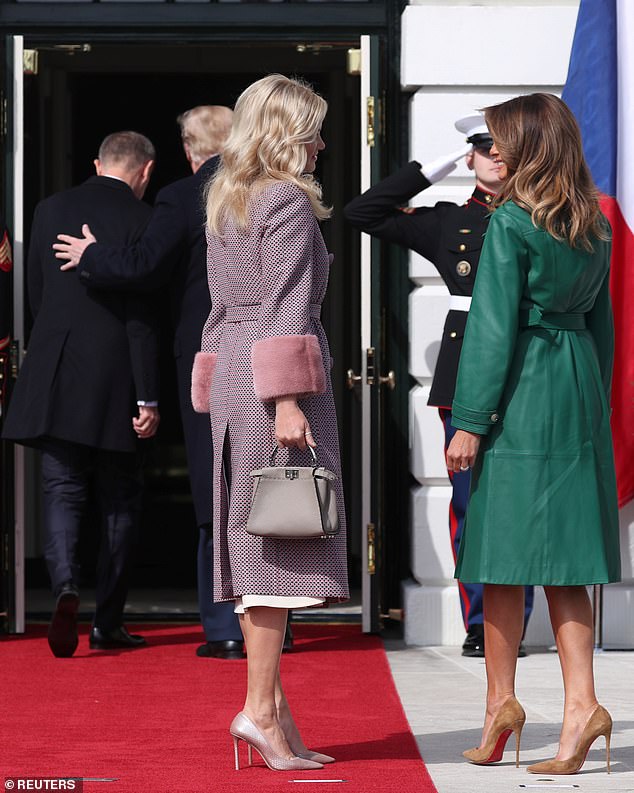 President Trump is not known for his manners – and it showed on Thursday.

The American leader and his Czech counterpart forgot their wives as they entered the White House shortly after the foreign dignitaries pulled up to the driveway.

Video of the incident shows Czech Prime Minister Andrej Babis and his wife, Monika Babisova, arrive at the White House, where President Trump and First Lady Melania Trump awaited them.

As the Czech Republic’s first couple exited their SUV, the prime minister greeted the president on the red carpet leading into the White House.