Babis: Accepting more migrants is 'road to hell' for Europe 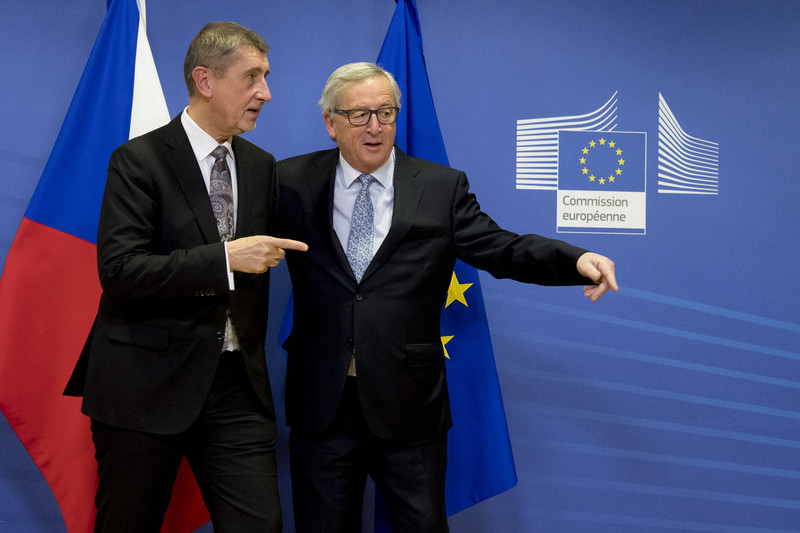 The Czech Republic has rejected Italy’s request for EU members to share out some 450 asylum seekers rescued at sea. Prime Minister Andrej Babiš said Italy’s decision to admit more migrants went against the agreement reached at the last EU summit and stressed that Europe must send out a clear signal that its doors were closed to further asylum seekers.

As negotiations with five willing EU member states on the re-distribution of the 450 migrants stranded at sea went ahead at the weekend, the newly appointed Czech government reiterated its negative stance to the policy of admitting further asylum seekers to Europe.

Prime Minister Babiš, who at the most recent EU summit on migration, refused to accept co-responsibility for the migrants already in Europe, said that taking in more asylum-seekers was a “road to hell”, a policy that would only motivate smugglers and increase their profits. He said Europe needed to send a clear signal that its doors were closed and defended the Czech Republic’s decision not to admit any more migrants.

“We pushed hard at the last European Council meeting for quotas to be abandoned and for migrant redistribution to be voluntary. This was agreed on and we will abide by it. Taking in more migrants is going the wrong way.”

Interim Foreign Minister Jan Hamáček echoed these sentiments, saying that while Prague was willing to help, it would not support a policy that only worsened the migrant problem in Europe.

“We will offer Italy other forms of aid – we are ready to help materially, financially, and even send our police officers to Italy, but as regards Prime Minister Conte’s request to take in asylum seekers –that will be rejected.”

Hamáček said the EU must focus its resources on helping in the countries of migrant origin and step up the fight against people smugglers. He said the Czech Republic was prepared to get involved in the Italian-led operation in support of Libyan security forces in the north of the country and other activities aimed at stemming the flow of asylum seekers from their home countries.

The government’s stand has received support across the political spectrum. Although there are few issues Czech politicians agree on, this is a marked exception. Opposition parties unanimously backed the government’s decision at the weekend, saying the only possible solution to the problem was to tighten EU border protection and solve the migrant crisis in the countries of origin. Christian Democratic Party leader Pavel Bělobrádek summed up the common viewpoint saying “we must help Italy, but not by pouring water into a leaky barrel”.