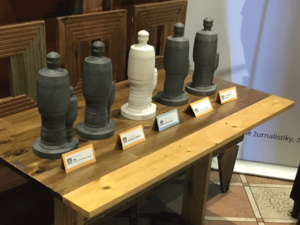 This year’s winners of the annual Czech Big Brother award are Avast, the BIS, and Pražská energetika (PRE).

The NGO Iuridicum Remedium (IuRe) puts holds the annual event. The BIS was chosen for its adoption of facial recognition. Avast received the mock prize for the sale of its clients’ data and PRE for the recording of clients at its branches.

The problem, according to IuRe Voboril’s director, is “chronic lack of intelligence control” and the effort to exclude the Office for Personal Data Protection (DPOI) from commenting on the strengthening of intelligence and counterintelligence powers. Voboril added that the organization received such a response from BIS that it was clear that the intelligence service was not interested in discussions.

Avast was caught selling its customer’s private data, claiming that they are anonymized, IuRe said. However, the big companies which buy them can link the data with the identity of specific people, IuRe said.

PRE, in turn, records interviews of its employees and clients when concluding contracts and negotiating at branches. PRE does not consider the criticized behavior illegal. He reminds clients of the recording several times and then uses the records to improve the work of the staff at the counters.

The contest honors the legacy of George Orwell’s 1984 book. It was first held in 1998 in Britain and has been held in the Czech Republic since 2005. The prices are intended to draw attention to alleged unacceptable interference in the privacy of citizens by private companies and public authorities.