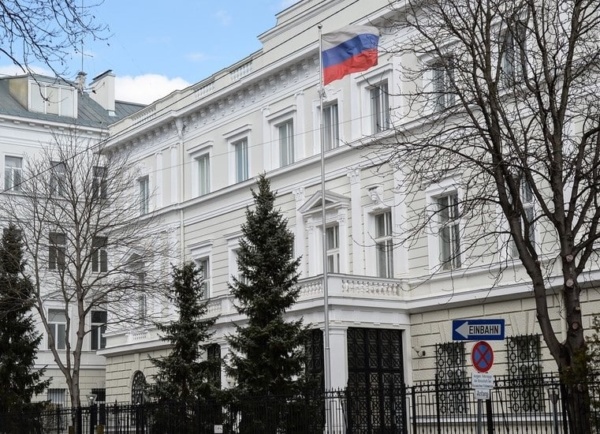 Austria expels a Russian diplomat whom they have identified as an undesirable person. The diplomat is to leave the country by 1 September. The Russian embassy in Vienna protested against the decision, calling it unfounded, the Russian news agency TASS reported. Moscow responded immediately by expelling an Austrian diplomat.

Today, the Austrian Foreign Ministry confirmed the information about the expulsion of a diplomat in connection with industrial espionage. The Kronen Zeitung first reported it.

TASS wrote that the Russian embassy in Austria was “outraged” by the decision, “which is detrimental to constructive Russian-Austrian relations,” and believes that a “mirror reaction” can soon be expected from Moscow.

Kremlin spokesman Dmitry Peskov confirmed today that Moscow was preparing reciprocal steps, but did not specify when. “There will be a reaction,” Peskov confirmed, according to the TASS agency.

The Russian Foreign Ministry then declared a diplomat from the Austrian Embassy in Russia to be undesirable. “The Austrian Ambassador to Moscow, Johannes Eigner, was summoned to the Ministry of Foreign Affairs.

The Austrian Foreign Ministry said that the Austrian authorities had decided to expel the Russian diplomat because his activities violated the Vienna Convention on Diplomatic Relations.

According to the daily Kronen Zeitung, the diplomat is suspected of several years of industrial espionage and gathering information in cooperation with an Austrian citizen in one of the Austrian technology companies.

According to the letter, the Austrian himself informed about the espionage activities of the company’s management. The Russian allegedly refused to testify about the case and invoked his diplomatic immunity.

The Austrian Ministry of Justice stated that the trial of an Austrian citizen who confessed to economic espionage in favor of abroad and paid a “high five-figure sum” as a fine was stopped in the summer. He complied with the March proposal of the Vienna Public Prosecutor’s Office.

The trial lasted less than two hours, and no witnesses were summoned, said a spokeswoman for the district court in Vienna. “But I can confirm to you that it was obviously the Russian citizens who were told things,” the APA spokeswoman quoted.

Neutral Austria maintains good relations with Russia. During the crisis over the poisoning of the former Russian agency Sergei Skripal and his daughter in Britain, Vienna, was one of the few countries in the European Union that did not expel any Russian diplomats. Russian President Vladimir Putin attended the wedding of Austrian Foreign Minister Karin Kneissl last year.