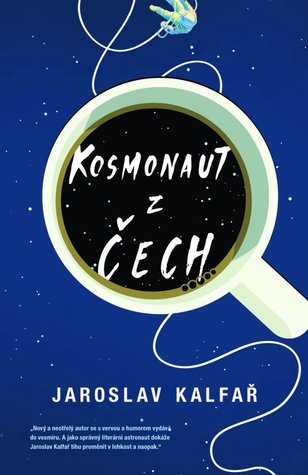 Adam Sandler has signed on to star in the upcoming film adaptation of Jaroslav Kalfař’s book Spaceman of Bohemia, according to The Hollywood Reporter.

Netflix is preparing to shoot an untitled film. Directed by Johan Renck, who is behind this year’s series hit Chernobyl, and Colby Day will take care of the adaptation to the script. Renck will adapt the book Cosmonaut from Bohemia, which was published in Czech in 2017, under the auspices of the Free Association studio.

“I’m very happy to have found the perfect partner in Adam,” Renck said. “And now, with the support of the amazing Netflix family, I can’t wait to embark on our incredible journey,” he added.

The story’s main character is an astronaut sent from a small country in the middle of Europe on a one-person mission to Venus to investigate a mysterious cloud of space dust.

Communications with the Earth are lost, and his only companion is an imaginary spider. However, little does he know that somewhere behind him are the Russians, who are undertaking their own secret mission to Venus.

Fans associate Adam Sandler mainly with the roles of the main characters in family comedies, such as 50 First Dates and I Now Pronounce Chuck & Larry, some of which he produced. The upcoming role could be one of his more serious parts.